A (Birth) Day In The Life

You might remember our attempt to include our gassy dogs back in 2002 that infamously went down in history as Family Photo Day.  Ron swore off dog-inclusive family portraits after that one.

You might not know about our experience last year because it's taken me a year to muster the courage to go public with it.  A photographer rented out a space in Walmart for 'Antique Canvas Photos' and Ron decided to surprise me.  It was scheduled 2 weeks post-tummy tuck.  Still not able to move around well, I was hopped up on Vicodin and made the fateful decision to venture out of the house without my safety net...the velcro wrap that squeezed me tight.  There was snow on the ground and as we left the house Caymen said, "I won't get snow on my dress, will I?"  and I said, "Not if everything goes well."
Why didn't I just say "Yep.  Vomit too."  Sometimes it's like I've never met us before.

Ten minutes down the road, the gagging started for who knows why.  Ron pulled over and Zac started videoing, because he's been in this family long enough to know.  (click here to watch if you dare.) It began with Caymen jumping out of the van and falling down.  Snow on dress.  It went down hill from there.  Mind you, this video will win me no Mother Of The Year awards, but I've accepted it for what it is.  I'll blame my gag reflex and the Vicodin.  But if you're appalled by this and you read my blog at all, you've probably already decided that we shouldn't be friends anyway.  I can't blame you.

Anyhoo, if you listen closely, you'll hear Ron swear off family portraits.  Again. But unlike last time, we didn't turn around and go home, because you might've also heard Ron say, "I paid $20 for this!"

So we walked into Walmart; Ron disgusted, me slightly bent at the waist and moving slowly, Caymen permeating a foul odor in her now splotchy white dress and all of us disheveled.

But thanks to our inappropriate sense of humor, it all turned around when the photographer had Ron get down on his knees and then she turned to me and said, "Mom, you'll go down on dad here."  I think we maybe could've held it together but then Zac said, "I didn't realize it was those kinds of pictures"...and we lost it.

As it turns out, Antique-style canvas completely disguises vomit, but this photo has yet to be displayed in our home. 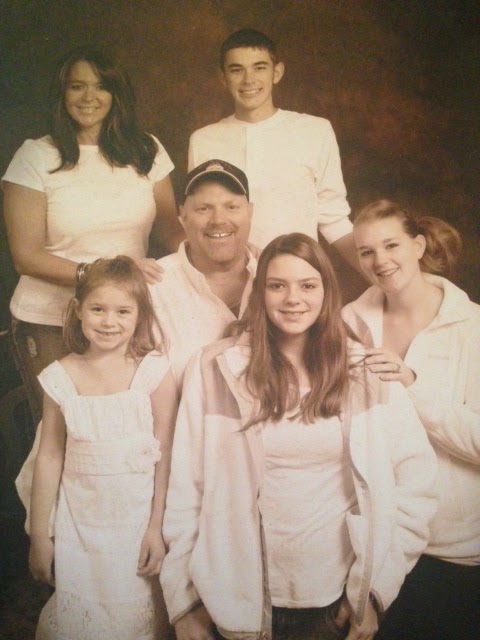 That brings us to this year.  Our family now includes a new son-in-law, daughter-in-law and grandson, so it only made sense that for my birthday, I would want family portraits.  When Ron groaned, I explained that the photographer would come to us this time.  We don't even have to leave the house.  That makes it fool-proof.

Aaaaand, since we're talking fool-proof, we may as well include the dogs.

There was no way I could've known they'd be covered in mud when we let them in from outside. 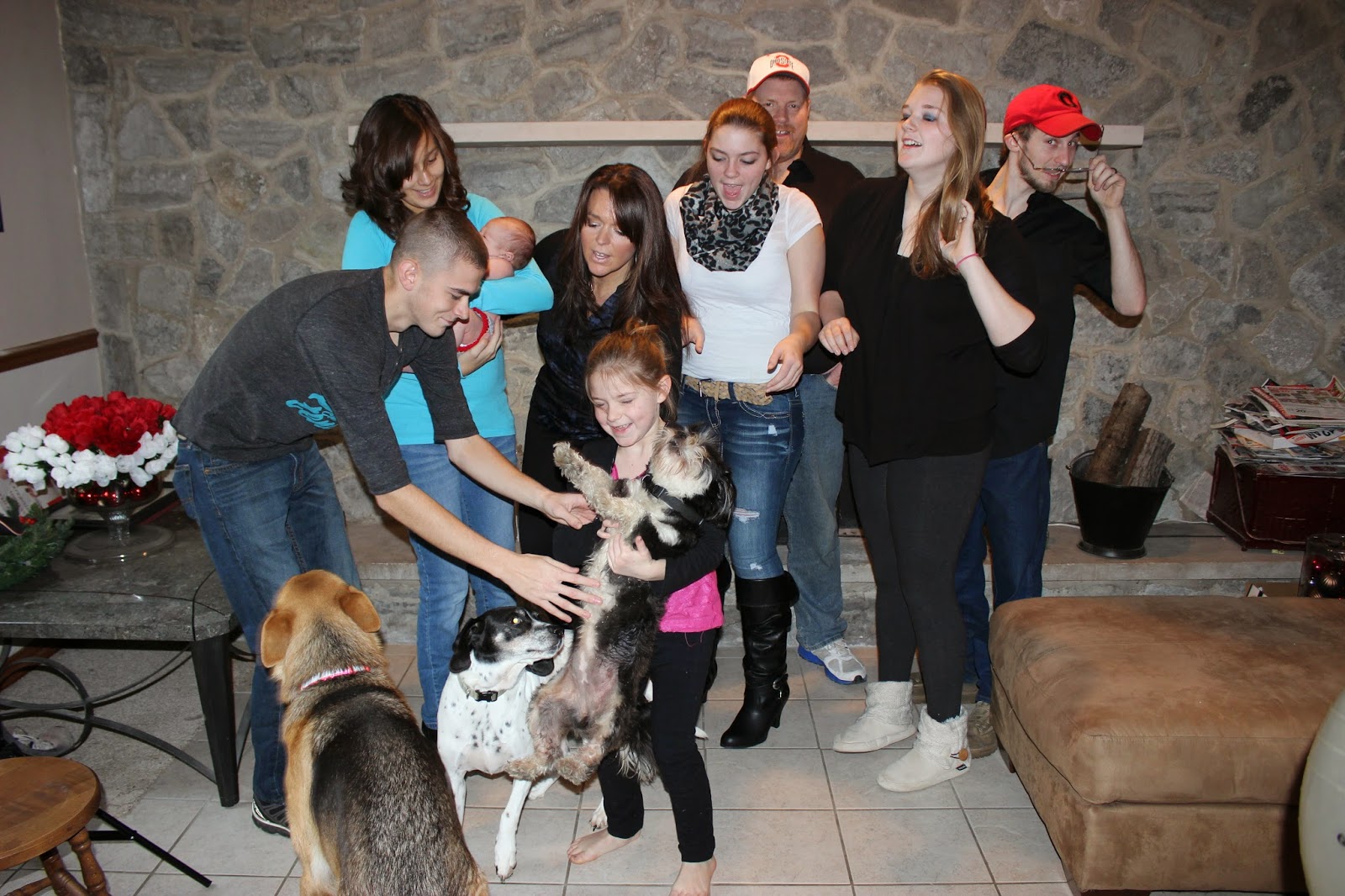 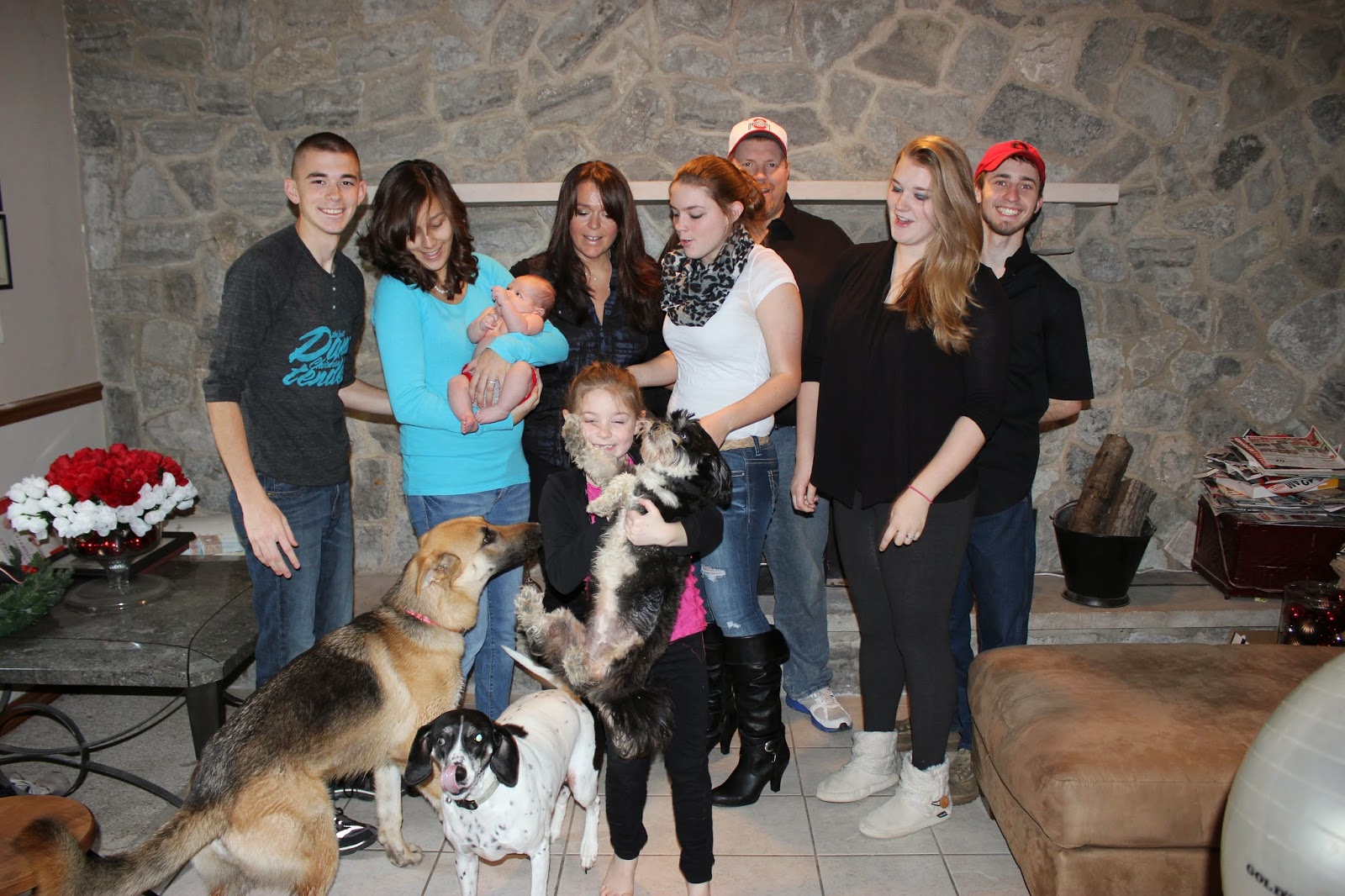 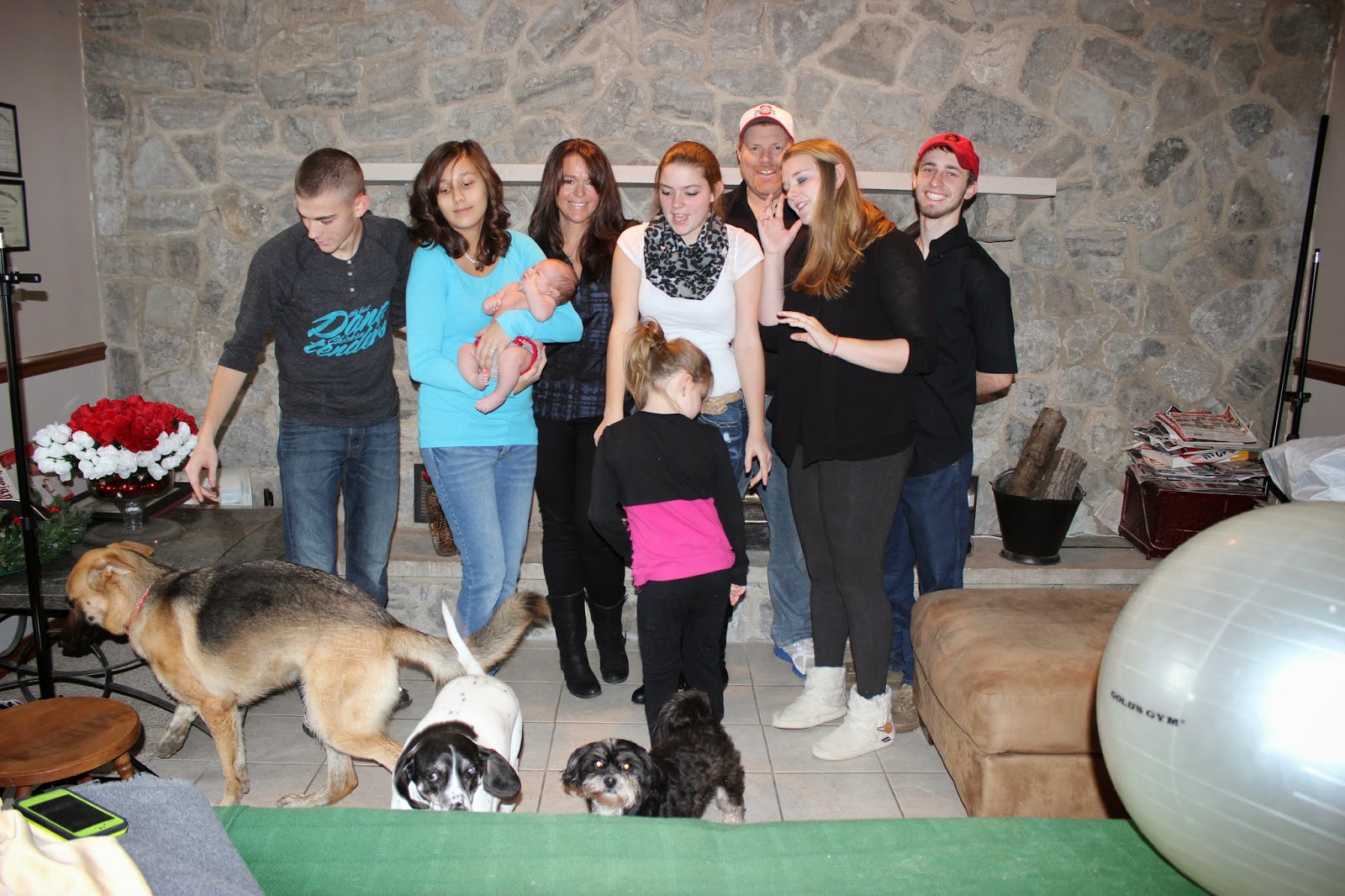 ...from what Ron promises to be our last family portrait session ever.