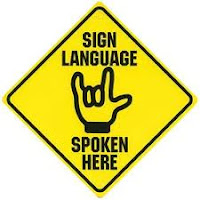 We spent this past week at our church for Vacation Bible School. When my husband and I sign up to help each year, we're automatically given Nursery detail. We're in charge of children under the age of two.

Basically, we're assigned to the least impressionable age group. I'm not offended. I'm actually relieved that our church knows us so well.

Factor in my husband's care-free child-like approach to nursery duty which includes eating 5 animal cookies per each 1 he hands out and his habit of falling asleep in the middle of the floor while kids smear him with half chewed before mentioned animal cookies.

Now combine that with my PMS and you've created the perfect storm.

VBS started on Monday. By Tuesday we were researching marriage counselors.

So Tuesday evening as we made our way to the nursery and an older couple rushed past us to the information desk making wild gestures with their hands, my husband and I had opposite reactions. Mine was to keep walking. His was to see how quickly he could insert himself into the situation.....and then drag me along for the ride.

As I made my way past the table I heard him excitedly say, "My wife knows Sign Language!" (Crap. Be careful what you tell people.) Granted, I used to know Sign Language. But when you don't regularly use it, you get rusty. I'm certainly in no condition to be anyone's translator.

I turned around expecting to help this couple register their child for VBS and the man began slowly spelling with his fingers....E.M.E.R.S.O.N. "Got it. Your child's name is Emerson." He shook his head no and spelled it again. "Emerson." More frantic head shaking. Dude, I might be rusty, but you're spelling out Emerson and I'm PMS'ing so for the sake of my husband's personal safety for getting me involved in this train wreck, start saying something that makes sense.

He grabbed a pen and paper and wrote Emergency.

Let's note what we know so far. Two people rush into a church and they're both deaf. One of them misspells Emergency in his own language. That's 2 red flags in the mind of me the signing cynic.

So when he wrote that his mom is in the hospital in Toledo and he needs $20 for gas to get there, I mentally checked out. As I was saying, "No" I turned to see my husband pulling $7 out of his pocket. (Oh, good grief. And immediately a few hand gestures for my husband came to mind.)

The guy snatched it out of his hand and looked around to see if there were any other takers. Nope. Shocker. He was eventually led to one of our ministers, whose wife, it just so happened, had been recently warned of the fake deaf couple scam and he handled it appropriately.

Opposites attract. It's true. My husband will believe what you tell him. I probably won't. My husband takes anything at face value. I'll do research. My husband could win a social reality game show like Big Brother or Survivor. I would become the all-time hated contestant who everyone wants to physically harm after the first episode.

But somehow it works. We survived to the end of the week of Bible School and walked out of there last night still happily married.....me with gradually balancing hormones and him crusted with dried cracker slime and seven less dollars in his pocket, but still married.

(A friend, who shall remain nameless but whose initials are G.D recently requested that I occasionally include some "useful information" on my blog.....So, this is for you, G.D: Long John Silvers is offering a special: 8 piece family meal with one side and 12 hush puppies for $10....all served in a super-cool giant cardboard treasure chest with paper plates for your convenience. Extra crispies are no charge.)
Posted by ~Sassy~ at 7:05 AM No comments: Links to this post 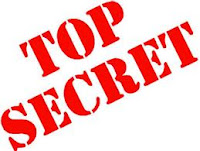 Every family has their crazy stories that are labeled "Confidential." Under no circumstances are these stories to be spoken of in public.

Our family is no different, with exception of one thing. I have a blog.

And some stories are too good to file away.

If you're familiar with my blog, you know that most of my Top Secret stories involve everyone else in my family. (Well, except for my 4th of July entry from last year when I ate 3 plates of jello jigglers that turned out to be jello shots and I showed up drunk to the church picnic. Whatever.)

But in the interest of fairness, (and threats from my family), I feel the need to share with you what happened in this house this morning.

We're preparing for a garage sale next weekend and everyone is busy going through their things they've outgrown. K showed up in my bedroom and asked, "Can I sell this?" There in her hand hung my 21 year old Prom Dress. And as any woman knows, you can't be in a room with an old sentimental dress and not try it on.

Boosted by my recent weight loss and a fresh pair of Spanx, I stripped off my clothes and stepped into the dress. When the zipper reached my butt region, we heard a little rip and she gasped. In my best "no big deal" voice, I explained that I just needed to put it over my head.

I got my beautiful strapless gown into place and I was one zip up my back away from running outside to surprise my husband who was my Prom date when I originally wore this dress. I excitedly told K to zip me up and then I stood there impatiently waiting. Five minutes and lots of panting and gasping later she said, "I'm not strong enough!" Good grief. It's just a zipper. What's the problem?

I ran upstairs and recruited A to help us out. Ten minutes and more grunting and A says, "Can you suck in?" (What the heck does she think I've been doing?!) I said, "I AM sucking in!!" She said, "Can you suck in your upper back?" (How in the h*** do you suck in upper back fat?) Finally, she said "We need Z's help." (Yes. Because this situation isn't quite humiliating enough.)

Three kids and ten minutes later, the zipper made it's way to the top. Just as Z yelled, "She's in!!" the zipper ripped from the bottom and left a gaping hole in the middle of my back. The teenagers burst out laughing and ran from the room, but K stuck around to comfort me as I stared at myself in the full length mirror. She patted my back and said, "It would have been fine if you hadn't breathed."

I'll keep that in mind next time.
Posted by ~Sassy~ at 10:20 AM No comments: Links to this post