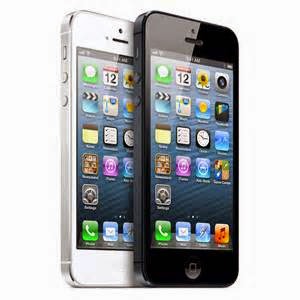 Parental fail.
You recognize it when you're in the middle of it, but by then it's usually too late.

So let me tell you about Kearstin's 'big gift' for Christmas 2014.
I'll start by listing all the things we did right.

Yep, that's pretty much the only thing we did right.

As you know, the goal with any Christmas gift, much less the big gift, is to see their face when they open it with the family at Christmas.  Her current phone had to be mailed back within 7 days of receiving her new phone.  The dilemma arose when we received her new phone 2 weeks before Christmas.  Crap.

How do we get her old phone away from her for a week without telling her about her new phone?

We discussed options:
Tell her about the new phone?  (Unthinkable!)
Ground her and take away her phone?  (Hard to justify doing that to a 15 year old who gets straight A's and shows zero signs of teenage rebellion...knock on wood...)

That was pretty much the end of our options list.
Until one night, an option presented itself.

We were leaving her basketball game on a cold rainy night and she didn't want to get her cheer shoes wet so she jumped into Ron's arms and he carried her out to the van.  Somewhere along the way, she dropped her phone and while Ron and I searched the dark parking lot, an idea occurred.  "Let's not tell her when we find her phone!"

It doesn't matter whose idea it was, okay?  Why throw around names?  I mean, history would indicate that it was Ron, right?  So let's just go with that.

When Ron found her phone, he slipped it to me, I hid it in my purse and we climbed back into the van explaining that it was too dark and told her someone would surely find it and turn it into the office.

As I gave Ron a sly smile and a thumbs up, the sobbing began in the backseat.  What the...

I looked back to see tears streaming down her face.  Ron gave me his frantic what do we do gesture.  I answered with my how the crap am I supposed to know gesture.

By the time we arrived home, we'd decided that as much as it pained us, we had no choice but to fess up and give her the new phone.  I mean we couldn't have an honor student sobbing around the house for a week acting like a normal hormonal teenager.  Geesh.

So we headed to her room to crush her soul twice in one night.  I put a phone in each hand and both hands behind my back.  In my cheeriest mom voice I said, "Hey Kearstin, pick a hand!"  She looked at me like I'd just said, "Who wants to go to the doctor to get her shots?"  It took 5 long minutes of convincing, but she finally decided to put an end to this psychotic game and pick a hand.  I pulled out my arm and revealed her old phone and smiled and said, "It's not lost!"  and waited for her to jump out of bed and give me a hug.  Instead she screamed "WHY DO YOU HATE ME?!?"   I said, "Wait!  Pick another hand!!!"  and she screamed, "GET. OUT!!!!"

Holy crap, we've unleashed the teen years.
I whipped my head to Ron who shrugged with his deer in the headlights look.

If our bottom-of-the-parental-barrel "pick a hand" move isn't solving this, we're screwed.

So I pulled out the new phone and put it in front of her.  The sobs stopped as her eyes adjusted to what she was seeing.  She looked up at me with her tear stained face, gave me a huge grin and said,
"Is this mine?!?"

"Well, no, this one's actually mine."

We totally rock this parenting thing.