Things you shouldn't do on Vicodin. 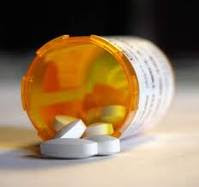 I had my surgery on Friday and all went smoothly. My new wonderful GYN not only showed up, but showed up early! And when the surgery room was delayed and I wasn't wheeled back until an hour after my allotted time, he was waiting by the door in his scrubs and said, "I never left. I've been waiting here the whole time."

In my foggy stupor I recall being offered some toast....and somewhere along the way I remember my husband asking if he could have my toast. At one point I was forced to drink some orange juice with the threat of having to stay longer if I didn't. So I downed my orange juice in record time. Shortly after, it reappeared along the side of the road about a mile away from home.

Ever since then, I've been in the security of my own home, surrounded by my wonderful husband and children, and lingering in a dream-like stupor....somewhere between reality and Vicodin.....and in that world, there are rules.

Rule #1: In 'Vicodin-World' you shouldn't operate heavy machinery. (Enter exhibit A: The coffee machine. Two fingers on my right hand paid the price for that lapse in judgment.)

Rule #2: In 'Vicodin-World' you shouldn't make decisions of consent. (I apparently turned over control of my Facebook account to my teenagers at some point.)

Rule #3: In 'Vicodin-World' you shouldn't ask questions. (When you vaguely recall your husband telling the dogs to stop wrestling on your belly and for the kids to stop playing mind games with you. Some things are left un-explored.)

Rule #4: In 'Vicodin-World' you shouldn't handle knives. (Whose bright idea was it to carve pumpkins less than 24 hours after my invasive surgery?)

Rule #5: In 'Vicodin-World' you shouldn't proofread anyone's college English paper. (I barely remember my husband and son awkwardly propping me up at the computer and telling me "No pressure, but we really need high grades on these." I wish them well with that.)

Rule #6: In 'Vicodin-World' you shouldn't try to shave your legs...or under your arms....or, um, anywhere else for that matter. (Note to self; get more bandaids.)

And on that note, in 'Vicodin-World' you probably shouldn't post a blog entry.

So I guess I'll sign off and do the one thing you're actually allowed to do in 'Vicodin-World'.....sit back and enjoy the pretty colors.....Hellllllooooooo Vicodin World.
Posted by ~Sassy~ at 7:09 AM