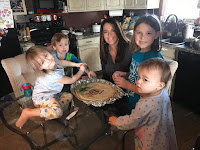 Christmas shouldn't be that complicated. It's literally the celebration of the birth of Jesus. The first, best, and most important of all gifts, to the world, to save the world. It's supposed to be JOYFUL. So in spite of the busyness, chaos, (and let's be honest, stress for the OCD Introverts of the world), that comes with this season, I try to keep the true meaning...and of course a sense of humor...about the whole thing.

Jesus and I share the same birthday month. Another year older. One of my eyes still not working right, gray hairs that pop through my chemically manufactured 'hot chocolate' hair color, and now a shoulder joint that mysteriously dislocates willy nilly. I take Ibuprofin with my protein shakes, have the chiropractor on speed dial, and use an electrode unit on a daily basis. The undeniable aging process. But I'm still dancing for money and now swinging from a bungee in the ceiling in my spare time, so not all hope is lost. Yet.
(Zumba, people. And the bungee blog is coming soon.)
But every year becomes more of a reminder that I won't be around forever, despite my active lifestyle...or maybe that's exactly what will be the thing that kills me. *shrug* I tend to live on the extremes of everything if you're new here.

So this is one of those posts I'm writing with the thought of my kids, grandkids, and maybe even great-grandkids reading someday after I'm gone. If anyone else enjoys it, that's great. But this is for them. Because I can't tell you how many times I wish my own mom or Mamaw Putter had written a blog I could go back to read.

So kids. This is your Sassy speaking. And this is how we do December... 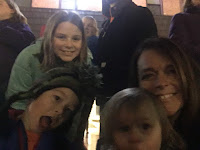 Nearby cities will cram 10,000 people down the sides of each street running through the center of town. Parents will let their heathen children crowd the parade floats screaming for candy and then they'll proceed to dive on said candy before it even hits the street. You probably won't get any parade candy, because our family refuses to behave like animals. It's candy, for crying out loud, and Halloween was literally like a month ago. But we'll go. We'll smile for pictures. And Sassy will announce that she won't go back next year. But I will. Probably.

T'was The Night Before Christmas. 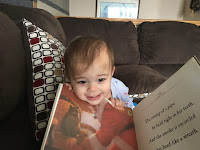 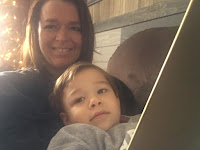 Chuckle's old childhood book that we put out on the toy chest every year and read every day that you're here. And by "read" I mean, I ask you to point out things in the pictures, because none of you want me to read the story and that's ok, because anybody who wrote a children's book with a page saying, "The moon on the breast of the new-fallen snow, gave luster of midday to objects below" clearly never meant for children to actually want to sit and listen to it.

Every year, SheShe and I sneak in a photo shoot of all the cousins together, then the mommies and daddies open a framed 8x10 at Christmas. This photo shoot involves 5 minutes of SheShe videoing on her phone while Sassy runs around putting everyone in various poses and sweating like a dog trying to get everyone to smile. Then SheShe goes through all the footage and takes still shots of anything that might look decent enough to frame as a gift. Sometimes it works out. Sometimes it doesn't. It doesn't matter. It's all gold to Sassy.

Christmas Lights.
For the 2nd year in a row, Chuckles decorated the outside of our house with pretty white lights. Unlike last year, Sassy stayed inside, so no public fights broke out. I avoided wrecking into any cars in our driveway, so that was also a 2018 win. This year, Chuckles got super motivated and went so far as to line our driveway with lights. It's beautiful...a plane could come landing onto our property at any moment, but it's beautiful, nonetheless. 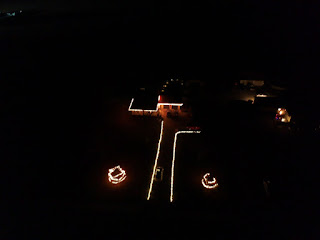 Santa visits.
Literally. Santa came to us this year. I think because Sassy was such a good girl at the parade and didn't throat punch any of the rude stranger children or their irresponsible parents, a very special Santa rewarded Sassy by coming to her house and not making her deal with the general public Santa, because it's Jesus birthday month and Jesus loves Sassy very much, and He loves you too.

Sassy's Birthday Party.
Once a year, Sassy allows herself to consume Long John Silvers fish, which isn't technically "fish" but rather deep fried lard drenched in a crispy batter, but once a year, Sassy doesn't even care and eats it anyway. Then we take a big group picture where someone is almost always crying. This year, it was Scar. SheShe is to blame, because we had a really good group picture but then we realized SheShe was in the bathroom. There are 12 of us. Cut us some slack. We can't keep track of everybody.

Uncle Nick's Birthday.
Uncle Nick also shares a birthday month with Jesus and Sassy. This year, his birthday fell on the same day as the HTM Christmas party and we spent a fun day at Dave and Buster's, where Uncle and Sassy took the toddlers on an interactive ride where dinosaurs appeared to chase us and destroy and eat the car we were riding in. It was a poor judgement call on our part. But life is about learning from our mistakes and you'll forget it ever happened. Eventually. 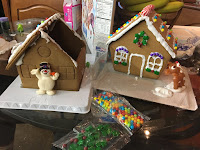 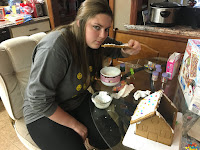 Every year, somebody inevitably attempts this atrocity of a tradition. This time, it was SheShe and her boyfriend, Trevor. He brought over a couple of kits and they went to work. I won't mention names, but one of them ended up looking amazing. The other one lost one side of it's roof, a tantrum was thrown, the roof got eaten, and the remainder of the house got trashed. "Somebody" might've inherited her craft skills from Sassy... 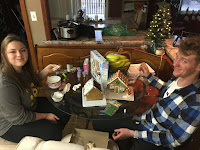 Green Christmas Tree Cookies. (aka; Sassy Cookies, which are stocked in my freezer on most days.)
Carried on from my childhood. A simple butter cookie dough, dyed green, and squeezed out of a cookie press in the shape of Christmas trees. OR, if you're me and the cookie press machine hates you and makes you cuss, by the 2nd batch, you end up rolling them into balls and pressing your thumb in the middle. Slightly less festive, but equally as delicious. Take my advice. Jesus wants peace in your heart, so just skip the cookie press profanity contraption. 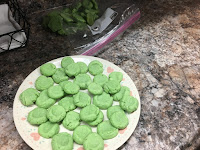 Security.
Each year around this time, we add new features to our home security system. It'd be stupid to post specifics, but I'll just say that sometimes it's the only way I know SheShe leaves the house and Zac uses my system to mock me with Jason Bourne moves when he stops by undetected. 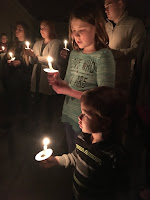 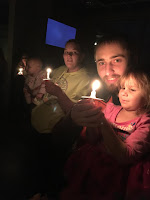 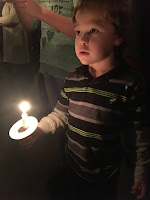 Christmas Eve, phases 1-6.
This is the day our family celebrates so as to free up the married kids on Christmas Day to do their own family thing and to spend with their respective in-laws. We vote on the meal. This year was tacos, burritos, chicken enchiladas, nachos, homemade salsa, and spicy sausage with cheese dip. A 'Mexican Feast' Christmas. (Our family doesn't exactly conform to tradition. Shocking, I know.) 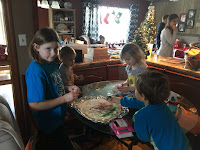 This year, we let the toddlers help.
Caymen was beyond thrilled. 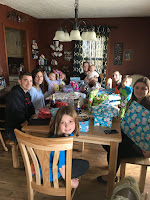 Then we clean up the trash and everyone takes their gifts to neatly stack them in other rooms of the house, because somebody in our family is a little OCD. It might be Sassy. 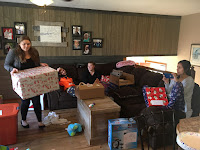 Then we clean up the trash and everyone takes their gifts to neatly stack them in other rooms of the house, because, you know, OCD.

Phase V.
Outside Gifts.
(Drones, bikes, riding toys, general brouhaha...this is when we do that.) 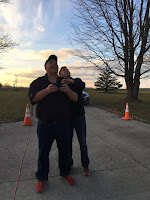 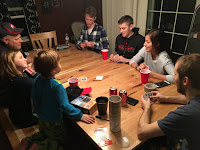 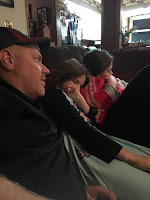 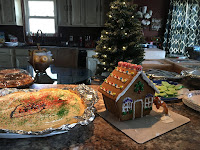 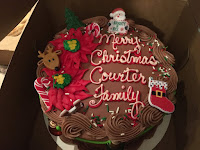 Christmas Day.
Sassy's sleepin' in, baby...which means like, till 8am, because Sassy's 47 and her bladder wakes her up early. So since I'm the only one up, I go upstairs and eat the leftover pie. And then, since I'm the only one up, and everything's basically over, I go ahead and take down all the Christmas decorations. (Have I ever mentioned my OCD?) Then everybody else starts waking up and inevitably they start asking where the pie is. 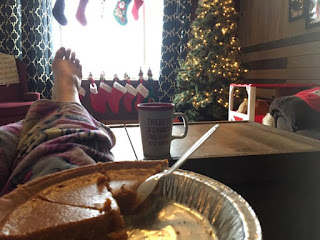 Yeah, never mind that missing lit up tree that's been sitting in the corner for 4 weeks. By all means, let's start investigating the damn pie.


From our crazy traditional family to yours... 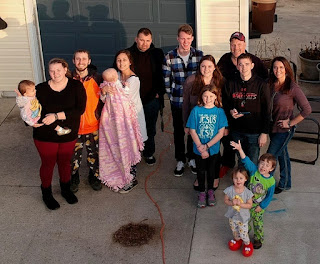 We wish you a MERRY CHRISTMAS!