Just in case you wanted my opinion: My Movie Review 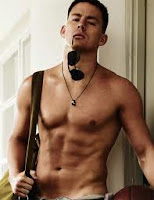 Rarely do my husband and I go see movies in the theater, but between our Anniversary and Valentines Day, there seemed to be some good ones, so we took advantage of the celebration season and splurged on a few. When people started asking my opinion about the movies before they spent their money, I thought a blog entry might be in order.

(((WARNING))) This might contain what you might consider a "Spoiler" or two. I'll try not to give anything major away.

So let's begin. (In the order in which we saw them.)

Contraband
~ starring Mark Wahlberg~ Rated R
It's an action-thriller about a guy who left behind the world of crime, but finds himself sucked back, in a desperate attempt to save his family. It'll have you sitting on the edge of your seat in suspense and, if you're anything like me, rooting for Mark Wahlberg no matter what he's doing on the giant screen. If you're a fan of The Departed, you'll appreciate this gritty movie. It's real and you leave feeling like you actually saw a glimpse into the underworld of drugs and corruption. If you're appalled and offended by any and all use of the f-bomb, you won't be a fan. Here's my stance on the f-bomb in movies. When a movie is full of it simply to add to it's raunch, I can't stand it. (ie; The Change Up) No thank you. But when it fits into the story line (ie; The Departed) it doesn't jump out at me because it's expected there.
My Grade for Contraband: A+

Man On A Ledge
~starring Sam Worthington & Elizabeth Banks~ Rated PG-13
It's an action movie about an ex-con who creates an aversion on the ledge of a building while a diamond heist is being committed to prove his innocence, all while a Police Psychologist tries to talk him down. First of all, if you know who Sam Worthington or Elizabeth Banks is, you're several steps ahead of me. I would have preferred people more well known who I would have actually cared about. So to me, their characters weren't very likable. Also, if you're the type of person who needs the movie to be extremely accurate and realistic, this is not for you. But, if you go to a movie to be entertained, enjoy a few twists and turns in the plot and a sprinkling of humor, you'll find yourself enjoying this one.
My Grade for Man On A Ledge: B+

The Woman In Black
~starring Harry Potter~ (Admit it, you don't know him by any other name either.) Rated PG-13
They classified this as "Horror" but I'd label it more "Suspense." It's about a young lawyer who travels to a small village for business, but finds himself confronting a ghost who's targeting the village children. To me, this wasn't horror. I mean, it wasn't pleasant, but I wasn't screaming and hiding my eyes from bloody gory scenes, either. But when a movie is set back in the time of horses and buggies, using candles for lighting, featuring creepy old time children who blankly stare at things both seen and unseen while surrounded by their creepy old toys, you've got a recipe for suspense. And you might not think so now, but a dark quiet room with a sudden outburst of a toy monkey springing to life in a creepy dance has the potential to make you jump in your seat. (Um, not that I did.)
My Grade for The Woman In Black: A

Safe House
~starring Denzel Washington and Ryan Reynolds~ Rated R
They labeled this "Action/Crime/Mystery." I label this "Pointless & Predictable" and it pains me to say that, because I consider Denzel Washington and I to be tight. It's about a young CIA agent who's in charge of a fugitive in a, yep you guessed it, Safe House. But shortly into the movie, the Safe House is broken into and the running, chasing, fighting and killing begins. For the first half of the movie, I kept leaning over to my husband and whispering, "What's going on?" And he'd shrug. Not a good sign if he doesn't understand it either. And whereas, in almost all of his other movies, I'm rooting for Denzel to come out on top, in this one....(((SPOILER ALERT)))....I was happy to see him die. One less person confusing the plot, ya know? By the time we put together what was happening, he and I both could have told you how it was going to end. No different than any other movie ever made about corruption in high places. All hype, no delivery. *Yawn*
My Grade for Safe House: D-

The Vow
~starring Channing Tatum and Rachel McAdams~ Rated PG-13
If you haven't heard of this Chick-Flick, you've been living under a rock. But if you've accurately heard about this Chick-Flick, I'd be surprised. My understanding of this based-on-a-true-story movie, was that it was about a young married who were in a car accident, which led to her memory loss of who he was and the journey of how he helped her fall back in love with him. The day before I saw the movie, they had the real-life couple on The Today Show and their story was so sweet and I was excited to see it. (And hello? Channing Tatum, anyone?) But the story actually centered around her manipulative parents who she'd been estranged from, but who used her accident as a means of rewriting history and regaining control of her life, while alienating her husband completely. Yes, they showed a few of his attempts at restoring the marriage, but it ultimately led to the.....(((SPOILER ALERT)))....signing of Divorce Papers and HER journey back to the place that led her to him in the first place. Um, don't remember seeing that little detail in the previews. Not to mention the unrealistic factor of waking from a coma, a guy that looks like Channing Tatum telling you he's your husband, and having a problem with that?!? I think in this case, casting worked against them.

BUT...and by "but" I mean "butt"....Channing Tatum's bare behind makes an appearance which bumped My Grade for The Vow: from a C to a solid B-

Stay tuned for a Review about 21 Jump Street, starring....(drum roll please)....Channing Tatum, due out March 16th. (See Trailer Here) This one definitely looks more like my cup of tea.
Posted by ~Sassy~ at 8:53 AM